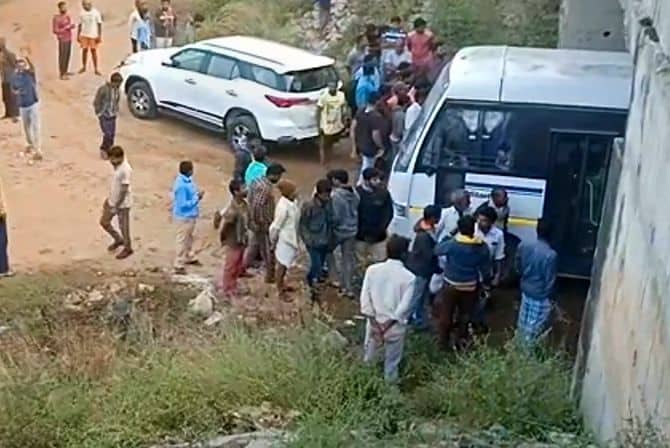 In an extraordinary development, all four suspects, who were supposedly involved in the gang rape and murder of a veterinary doctor were gunned down by Cyberabad police in an encounter in the wee hours of Friday at Chatanpally in Mahabubnagar district, where the victim was previous set ablaze by the accused.

As per sources which is confirmed by Cyberabad police that the accused Mohammad, Naveen, Shiva and Chennakesavulu were killed in the encounter.

Police stated that all four accused tried to escape while the crime scene was being reconstructed and was killed in the encounter. This encounter took place just a few meters away from the place where the veterinary doctors were set ablaze.

The charred body of the doctor, who is working as an assistant veterinarian at a state-run hospital. It was found thrown under a tunnel at Shandnagar on November 28 morning, a day after the doctor went missing.

Those all four men, who work as lorry workers, their age between 20 and 24, were arrested on November 29 on charges of raping and killing the women who are a doctor and it has been sent to judicial custody for 14 days on last Saturday.

On Wednesday, the Government of Telangana had released orders for setting up a fast track court to try the four criminals. The Govt voted the court of 1st additional district & sessions judge in Mahabubnagar district as a special court for the quick track of this case.

After the murder of the veterinary doctor, there has been a national crime and many crossways the country has been wanting that the accused should be lynched or killed.