Huami has launched its new smartphone Amazfit Ares in China along with 70 modes of sports. The smartphone presents an octagonal dial design and it claims of 14-day battery life. The device bundled with a host of features that are specially designed for sports and fitness fans. The new Amazfit Ares will be offered in two colors and it is now up for pre-sale, so interested customers can book. The company has not yet revealed that it will sale in the Indian market or not.

The price of the newly launched Amazfit Ares is set at CNY 499 (around Rs. 5,300) and the device has been listed on the official website of Amazfit in two colors, called Army Green and lwaguro (Black). In addition, there are multiple straps are listed on the Amazfit’s official website along with leather, silicon, rubber, and a Youth Edition color wristband. The pre-sale of the smartwatch is up to CNY 40 discount (around Rs. 430).

In terms of specification and features, the newly launched Amazfit Ares packed with a 1.28-inch square touchscreen display. The device is shielded by Corning Gorilla Glass’s third generation along with the AF layer. The smartphone is made of polycarbonate and it connects to both iOS and Android devices using Bluetooth v4.2. The smartwatch also equipped with a 200mAh battery in that as per the company, it can be charged in about 2 hours using the magnetic charging stand. According to the listing, in its daily use mode the smartwatch will stay up to 14 days, and its basic watch mode, will stay up to 90 days, and along with continuous GPS usage, the smartwatch Ares will last up to 23 hours.

The newly launched Huami’s sports algorithm that monitors and record 40 key sports indicators such as speed, altitude, and heart rate. The watch also supports modes with indoor and outdoor activities such as swimming, cycling, dancing, aerobics, yoga, archery, and other more. Its Firstbeat analysis system offers professional data such as VO2 Max, Training Load, Recovery Time, and Training effect. This new Amazfit Ares packs with 5ATM rating making it water-resistant up to 50 meters. 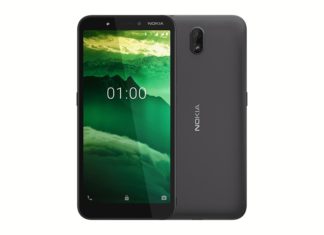 This week, Fossil launched its Gen 5 smartwatches in India. To remind, the series of Wear OS by Google smartwatches were launched globally in August this year. The new smartwatches come with a heart rate monitor, accelerometer, altimeter, gyroscope, and an ambient light sensor. The new series is apparently planned to offer improved functionality for iPhone users and many of the changes were made based on user feedback.

In India, the price of the Fossil Gen 5 starts from Rs. 22,995. These watches are available for buy from Fossil India’s website, Fossil retail stores, and other retail partners. As we stated, they were launched worldwide in August.

There has been focus on the integration of health and wellness with wearable technology for some time now and at Fossil, we see a great opportunity to offer a smartwatch for the design-conscious consumer looking for a perfect blend of style and utility,” as per the Johnson Verghese, vice president and managing director fossil India claimed in a statement.

In terms of features, the Fossil Gen 5 sports a 1.3-inch circular AMOLED display inside a 44mm dial. The smartwatch is powered by the Snapdragon Wear 3100 platform paired with 1GB of RAM and 8GB of storage and it runs Wear OS by Google. The Gen also features a crown and two push-buttons, which can be customized to launch any app.

Fossil Gen 5 comes with four different battery modes, with ‘daily’, ‘Custom’, ‘’Time-Only’ and ‘Extended’, and promise up to 36 hours of battery life and up to a week of standby time in clock mode.

The smartwatches will come with a series of auto-installed apps, music streaming service, Spotify, peace of mind and safety app, Noonlight, and Nike Run Club. Moreover, the device features swim-proof speaker that offers users the ability to make and receive phone calls.